IMDweed was originally started by Kelly Mcinerney and Jessica Androsky. One fateful night, sitting at home or maybe on the patio of Bigfoot Lodge, Jessica and Kelly were complaining about the hardships of life. How difficult it is to make your way and find success — Jessica in the television production industry and Kelly in comedy, when suddenly one of them was struck with a new, never been thought of, super original  idea: “Let’s start a podcast!” because we all know there aren’t enough of those right now. For some reason, the concept actually came to them easily. They bounced back a few ideas but they kept coming back to one — getting stoned and watching movies. It was a frequent event Jessica and Kelly would do by themselves, most recently going to a cheap theatre wearing onesie pajamas to see Moana post-edible eating. It’s a great escape from personal tragedies and your day to day life and just get lost in the movie world for a bit and Jessica and Kelly loved and connected with that, why not make it into a podcast?

Jessica had to step down but comedian Jon Durnell joined the reigns. Each week Jon and Kelly bring a guest to get stoned and go to the movies with and then discuss the film after. It’s fun and funny. Sometimes they can get pretty in depth with the analysis and other times they’ll have a guest get too high and have to take a nap to prep for the podcast  — either way, it’s always a great listen. Tune in every other Tuesday! 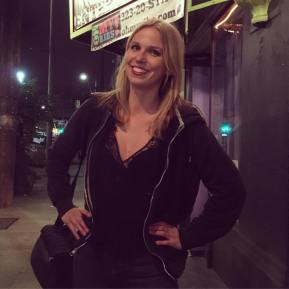 Kelly McInerney is originally from New Jersey, she moved out to LA to pursue a career in comedy. She is a stand up comic and has performed throughout the US and Mexico. She also hosts podcasts on AfterBuzz TV as well as runs red carpet interviews and writes for Cinelinx. In addition to talking into microphones, she also writes and performs sketches, some have been featured on WhoHaha and Funny or Die. She is a huge fan of Will Smith and Lord of the Rings but her favorite movie of all time is Ace Ventura 2. For more information follow her on twitter @hollyweirdo, instagram also @hollyweirdo, or check out her website www.kellymcinerney.net 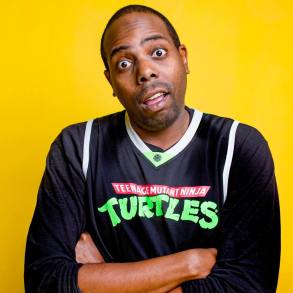 Jon Durnell was born and raised in the Durty South. He spent most of his childhood in the mean streets of a suburban neighborhood in Nashville, TN. He moved to LA to pursue a career in entertainment. He has been seen on Funny or Die and Comedy Central. One time he danced with Jimmy Fallon of the E! Network. And he has performed comedy all over the US. His favorite movies in no particular order are Half Baked, The Big Lebowski and Friday. Also, if you invite him to a movie, you better bring candy. (And it better not be Twizzlers.) For more information follow him on twitter @jondurnell and instagram @jon024durnell.